Ever wonder why Romanian Wine?

Some legends say that even Dionysus, the Greek god of the grape harvest and winemaking was born in Thracia (Romanian territory today).

Romanian wine has 4000 years of continuous tradition, Greek and Roman influence in Antic world doubled by constant appreciation during Medieval and Modern Ages.

Romanian wine was well known to British public during 80’s as an abundant and affordable wine. After 1989 Romanian revolution most big co-operative vineyards reduced their production.

A new wave of Romanian winemakers emerged after 2000, recommended by their work experience gained in famous vineyards from France, Italy, California etc and doubled by well known British, Australian, Italian and French winemakers who all contributed to a fundamental reshape of Romanian wine industry.

New, state-of-the-art technology is implemented so we can enjoy the new stars of the Old World – the Romanian wines.

Plantings are influenced by both the terroir and individual winemakers. 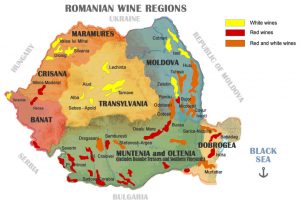 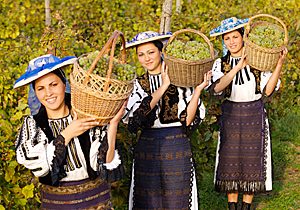