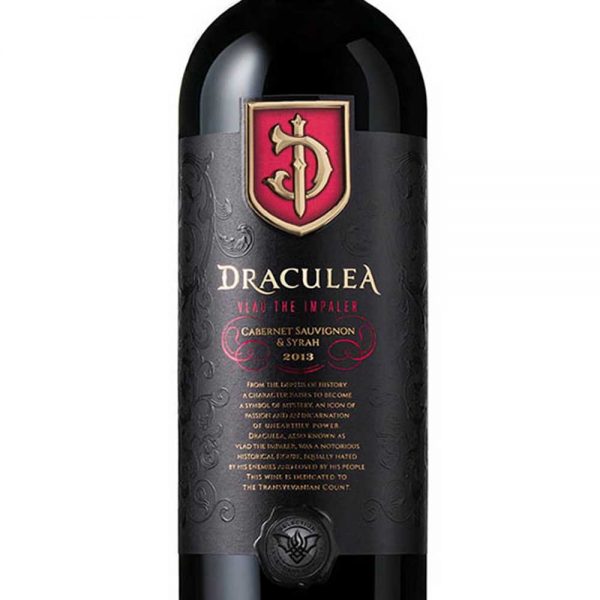 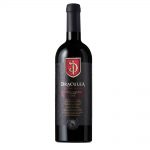 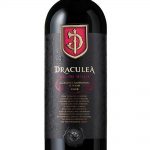 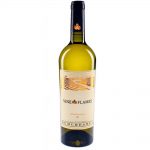 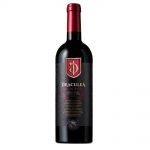 The wine is prepared entirely from grapes of Cabernet Sauvignon and Syrah, varieties coming from the Dealu Mare which is the homeland of red wines in Romania, the seventh largest country producer of grapes in the world.

Grapes were harvested on the middle of September by hand. Alcoholic fermentation in closed tanks with gentle cap irrigator, extended skin contact for 21 days. Malolactic fermentation and maturation for in Romanian oak barrels.

Rich in black fruits – cherries, currants and berries, intense and elegant, completed by vanilla notes; excellent length and structure. It is recommended to be served at 16-18°C, alongside with braised short ribs, mushroom stroganoff, Moroccan lamb dishes, gnocchi with beef ragu.

THE STORY – Vlad the Impaler

From the depths of history, a character raises to become a symbol of mystery, an icon of passion and an incarnation of unearthly power.
Draculea, also known as Vlad the Impaler, was a notorious historical figure, equally hated by his enemies and loved by his people. This wine is dedicated to the Transylvanian Count.

Home of Legendary Dracula – Draculea (Merlot, Syrah, Feteasca Neagra) 2013. Dealu Mare vineyards make up the most compact Romanian viticulture area (about 14,500 hectares). The climate is temperate continental with cold winters and hot summers, with average annual solar radiation of 125 kcal/cm², average annual temperatures of 10°C heat amplitude monthly average of 24°C and an absolute magnitude of extremes over 70°C. An average of 2200 sunshine hours from which 1635 are in warm semester. The annual amount of warm and heat is over 4000 degrees. Annual rainfall is around 500-550 mm mainly in winter-spring period.

The Sahateni vineyards are located in the middle of the Dealu Mare wine area domains, well known for the quality of the grapes and the under vines production, on the surrounding hills of the Carpathian Mountains, benefiting of bruno-silty soils, with a limestone bedrock and temperate – continental climate.

This wine is produced by a famous Romania winemaker Aurelia Visinescu, known for her wines witch reflects the character of the wine variety with strong influence of the terroir. Aurelia’s wines are special wines, with personality; they are made with care, dedication and artistry.

We’ll do all our best so you can enjoy our Romanian wine collection.

All deliveries are made via UPS and checked to make sure a proof of delivery is received for every parcel we send. Usually, 90% of orders are received by our customers the next day.

* We can arrange delivery to Islands, Northern Ireland and Highlands Scotland but may have to apply a delivery surcharge. Please ask us for a quote by email to info@transylvaniawine.co.uk.

We will provide a full refund for any wines that are faulty. This does not affect your statutory rights. We may require faulty bottles to be returned to us at your convenience. We will, of course, reimburse any charges you incur on provision of receipts.

WE ACCEPT ALL MAJOR CARDS. All the payments are made through the Secure Platform PAYPAL.