Brows are furrowed among European winemakers and their UK customers. The slump in sterling has already hit the cost of our wine imports, and the disastrous 2017 harvest. Yields are down by 50% or more in some regions – means things are only going to get worse.

Those with a sharp eye for value are now looking to eastern Europe, and to those countries shaking off their Soviet shackles and reviving historic winemaking traditions. Wine has been made in Romania for centuries, but was terribly brutalised under communist rule. When Ceausescu’s dictatorship ended in 1989, the country began the slow process of returning land to its rightful owners and some are now making very good wine – and at brilliant prices.

Romania is in the EU, but has not adopted the euro, and this, along with cheap labour costs and the scale of his operation, means his wines have a razor-sharp competitive edge over producers in the Eurozone. And unlike many of them, his 2017 harvest was the biggest ever (this year, he sold both grapes and juice to producers in Italy and Spain whose own crops had failed them). 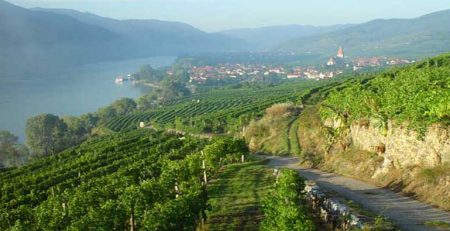 Europe’s second longest river, the Danube, flows through ten different countries.  All of these countries have vineyards alongside the river... read more